Following what was an apparent liturgical abuse by the Augustinians in Valletta (although this Blog received a clarification from the parish priest) we thought that - perhaps - the Augustinians in Malta were traditional when compared to other orders.

Alas, we were wrong. A reader sent us this blasphemous video which shows models dressed as "colourful nuns" dancing and messing inside a church and a convent.

It transpires that this video was shot in the Augustinian Church and convent in Rabat, Malta. The musical group itself thanked  "The Augustinan Cloister" (sic. - whoever they may be).

It seems therefore that the Church in Malta is indulging more and more in a consumeristic way of life, as we outlined earlier this year. 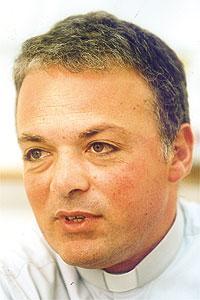 According to the Times of Malta of last Friday, former Maltese priest Vanni Xuereb stated that:

"I had mixed feelings when Archbishop Charles Scicluna asked me to form part of a national delegation that would be taking part in the (Re)Thinking Europe dialogue organised at the Vatican by the Commission of Bishops’ Conferences of the EU (COMECE) and the Holy See to mark the 60th anniversary of the signing of the Treaty of Rome which established the European Economic Community."

Further on, he said:

"Undoubtedly, the highlight of the dialogue was the address by Pope Francis who, after his speech, greeted all participants individually. It was my first-ever close personal encounter with him. I have also had the privilege to meet both his immediate predecessors, however, on a personal note, this was the most meaningful since it is thanks to Pope Francis that I can still somehow identify with the Catholic Church.

At a moment in time when I felt I was drifting away because of what I was perceiving as an increasing irrelevance of the Church, this Pope has shown that there is a different way of being Church – one that is inclusive rather than exclusive."

According to slain journalist Daphne Caruana Galizia, the former Fr Vanni Xuereb now lives with another person who has a son. This would explain his comment concerning Pope Francis but also his perceived distaste of Benedict XVI and Saint John Paul II.
One hopes that the Catholic Church in Malta is not going to step any further in the post-Amoris Laetitia world. Already enough damage is being done by the easy granting of Catholic 'divorces' nowadays. So why would a former priest be considered as the best person that the Catholic Church in Malta could choose to represent it? No doubt that Xuereb is very knowledgeable about the EU but such a choice still seems inappropriate in our point of view.
on November 15, 2017 No comments:


Poor translations of the liturgy 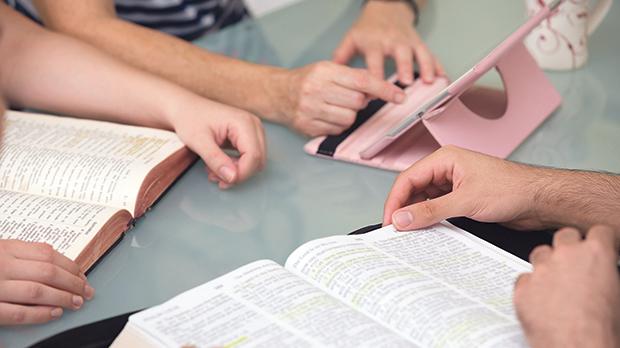 The essence of the liturgy is the meeting of God’s People with God without barriers, to communicate with Him… and not through a dead language, or tortuous or anachronistic translations of it.
On March 28, 2001, the Congregation for Divine Worship and the Discipline of the Sacraments issued the fifth instruction “for the right implementation of the Constitution on the Sacred Liturgy of the Second Vatican Council” on the use of vernacular languages in the publication of the books of the Roman liturgy.
The document was given the awesome title of Liturgiam Authenticam, that is, authentic liturgy.
While the title is awesome, the rest is very disappointing; it smells of an ideology rather the “odour of the sheep”. Rather than spelling out what should be done in the liturgy so that the People of God could fully participate – in mind, heart and soul – in the highest act of adoration, Liturgiam Authenticam gave directives on how liturgical texts should be translated (or transliterated) from the Latin to local languages.
‘Mind your language’ would have been a more apt title for the document! In my view, LA has sidelined the express word of Vatican II, that “since the use of the mother tongue, whether in the Mass, the administration of the sacraments, or other parts of the liturgy, frequently may be of great advantage to the people, the limits of its employment may be extended. This will apply in the first place to the readings and directives, and to some of the prayers and chants, according to the regulations on this matter to be laid down separately in subsequent chapters”. (Sacrosanctum Concilium, art. 36).
And this is what happened in the Church in the early decades after Vatican II: the usage of local languages was extended. The anti-pastoral results of the directives given by LA can be clearly seen in the Congregation’s imposition of the English translation of the Mass.
Six years had been spent by US bishops to revise the Lectionary, the Scripture readings used in Mass, but a Vatican-appointed committee intervened to short-circuit those efforts.
Pope Francis’s correction of Cardinal Sarah shows that Vatican II is his ‘sure compass’.
Isn’t it mind-boggling that years before Vatican II, bishops had the authority to approve a translation of the Bible – the inspired Word of God – but did not have the final authority in approving the translation of the liturgical text, which, apart from the quotations from the Scriptures, cannot be called inspired books.
In an interview, Pope Francis openly articulated his misgivings about liturgical traditionalists: “I always try to understand what’s behind the people who are too young to have lived the pre-conciliar liturgy but who want it.
Sometimes I’ve found myself in front of people who are too strict, who have a rigid attitude. And I wonder: How come such rigidity? Dig, dig, this rigidity always hides something: insecurity, sometimes even more... Rigidity is defensive. True love is not rigid.”
The essence of the liturgy is the meeting of God’s People with God without barriers, to communicate with Him “through Him, and with Him, and in Him… in the unity of the Holy Spirit”, and not through a dead (even if classical and perhaps ecclesiastical) language, or tortuous or anachronistic translations of it.
In 2014, Georgetown University’s Centre for Applied Research in the Apostolate released a study that found 75 per cent of leaders at American churches said that the new translation is “awkward and distracting”, 50 per cent said it “urgently needs to be revised” and the clergy widely rejected the new translations.
In keeping with the medieval axiom Sacramenta sunt propter hominess (‘Sacraments are for the people’), logically one ought to stress the supremacy of people over rites, rituals and languages. This is why Pope Francis recently issued the motu proprio Magnum Principium (‘The Great Principle’) giving more control to national bishops’ conferences over the translation of liturgical texts, thus bringing a realignment with Vatican II’s intent.
The importance of Magnum Principium can be evidenced by the unprecedented letter by Pope Francis which publicly corrects an article by Cardinal Robert Sarah about the changes the Magnum Principium introduced as to how the Catholic Church’s liturgies are to be translated from the original Latin into local languages.
The Pope had, in fact, revised some of the translation norms established by LA. Pope Francis’s correction of Cardinal Sarah shows that Vatican II is his ‘sure compass’. So should it be for all bishops, clergy and faithful.
Fr Joe Inguanez, a sociologist, is executive director of Discern.
on November 10, 2017 No comments: