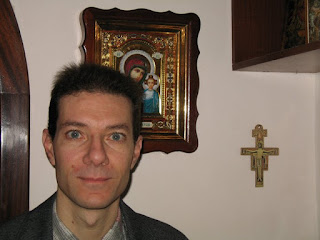 Born in 1969, Xuereb obtained a Diploma in Italian Language and Culture (University of Perugia) and graduated B.A. (Hons.) in European Studies and M.A. International Relations from the University of Malta. For the latter degree, he undertook research in the Vatican Secret Archives in 2011.

He was involved in several Catholic organisations, in particular one can mention his serving as an altar boy in St. Peter's Basilica (Vatican) in 1981.  He is a member of 3 Confraternities: Our Lady of Mt. Carmel, Saint Michael and Saint Peter.
Xuereb was one of the main promoters of the Tridentine Mass started since 2002. Thanks to contacts with the Fraternity of Saint Peter (FSSP), a number of Maltese got to know each other and in 2007 founded Pro Tridentina (Malta). Xuereb was its first President until 2012. He later served as its interim President (2012-2013) and Co-ordinator (2014-2015).


Xuereb was elected to the FIUV Council in 2009, the same year when Pro Tridentina (Malta) became a member. He was re-elected in 2011 and 2013. In 2015, he informed the Council that he was not going to submit his candidature on behalf of Pro Tridentina (Malta). During his Council period, Xuereb was the moderator of the Communications sub-committee for some time and also Assistant Treasurer.
Due to health reasons, Xuereb stopped being active in the traditional Catholic movement in 2015, although he still promotes the Tridentine Mass informally.