Pope Francis and the Tridentine Mass 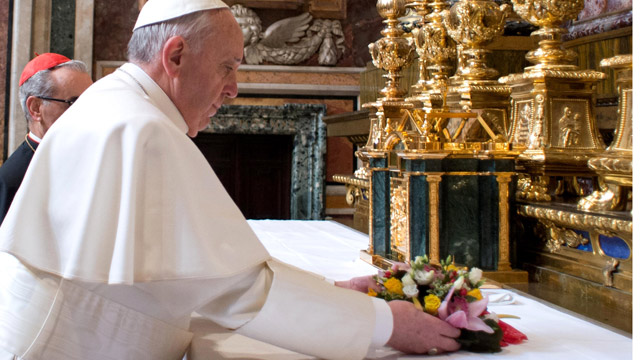 In traditional Catholic websites and blogs, a lot is being said about Pope Francis' position on the Tridentine Mass. Some say that he promoted the Tridentine Mass while the majority are saying that the former Cardinal Bergoglio restricted (to put it mildly) celebration of this Mass in the Archdiocese of Buenos Aires.

In this article (in Spanish) written from a third party perspective on 17 September 2007 i.e. just three days after the entry into force of  Summorum Pontificum it is stated that:

The very first thing Bergoglio did after the publishing of Summorum Pontificum of Pope Benedict XVI was to promote the Traditional Latin Mass, the Extraordinary Form, in his Archdiocese, immediately directing that a chapel, to start with, be set up for this end.

However, in blogs such as Rorate Coeli, the opinion is much different. See e.g. How Summorum Pontificum was blocked and trampled on in Buenos Aires: facts, not fantasy and disinformation. The tone is somewhat bitter and unwarranted, in our opinion.

Whatever the case about how things developed in Buenos Aires (bearing also in mind the strong presence of SSPX there), Bergoglio certainly tried to do the right thing from the beginning.

A good strategy, in our opinion, is to continue to use the provisions of Summorum Pontificum. If no provision is made for those who ask, the matter can always be brought to the Pontifical Commission Ecclesia Dei (PCED).
on March 14, 2013