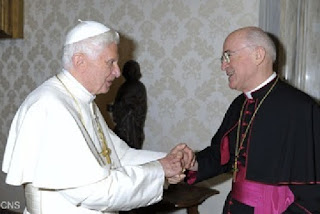 This is a summary of his 9 June 2020 public letter: "People talk of “the Spirit of the Council.” But when was there talk of “the Spirit of Trent,” or of any other Catholic Council? There never was, because all other Councils simply followed the spirit of the Church. However, the good Bishop should beware of exaggerating “errors” that needed “correcting” in past teachings of the Church, because whatever these may have been, they were nothing like what the Second Vatican Council did, which was comparable (even in content) with the Council of Pistoia (A.D. 1786), later condemned by the Church. At Vatican II, many of us were fooled. In good faith, we made too many allowances for the supposed good intentions of those promoting an ecumenism which turned later into false teaching on the Church. Today many Catholics no longer believe that there is no salvation outside the Catholic Church, and it is in the texts of Vatican II that the ambiguities are to be found which opened the way to this undermining of the Faith. It began with inter-religious meetings, but it is due to end in some universal religion from which the one true God will have been banished. This was all planned long ago. Numerous errors of today have their roots in Vatican II, to the texts of which it is easy to trace back today’s multiple betrayals of truly Catholic belief and practice. Vatican II is now used to justify all aberrations, whereas its texts prove uniquely difficult to interpret, and they contradict previous Church Tradition in a way no other Church Council has ever done. I confess serenely now that I was at the time too unconditionally obedient to the Church authorities. I think that many of us could not then imagine the Hierarchy being unfaithful to the Church, as we see now especially in the present Pontificate. With the election of Pope Francis, at last the conspirators’ mask came off. They were finally free from the philo-Tridentine Benedict XVI, free to create the Newchurch, to replace the old Church with a Masonic substitute for both the form and substance of Catholicism. Democratisation, synodality, women priests, pan-ecumenism, dialogue, demythologising the Papacy, the politically correct, gender theory, sodomy, homosexual marriage, contraception, immigrationism, ecologism, – if we cannot recognise how all these have their roots in Vatican II, there will be no cure for them. Such a recognition “requires a great humility, first of all in recognizing that for decades we have been led into error, in good faith, by people who, established in authority, have not known how to watch over and guard the flock of Christ.” Those shepherds who in bad faith or even with malicious intent betrayed the Church, must be identified and excommunicated . We have had far too many mercenaries, more concerned with pleasing Christ’s enemies than with being faithful to His Church. “Just as I honestly and serenely obeyed questionable orders sixty years ago, believing that they represented the loving voice of the Church, so today with equal serenity and honesty I recognize that I have been deceived.” I cannot now persevere in my error. Nor can I claim that I saw clear from the start. We all knew that the Council was more or less a revolution, but none of us imagined just how devastating it would be. We could say that Benedict XVI slowed it down, but the Pontificate of Francis has proved beyond all possible doubt that among the shepherds at the top of the Church there is sheer apostasy, while the sheep below are abandoned and virtually scorned. The Declaration of Abu Dhabi (“God is pleased with all religions”) was unforgivable for a Catholic. True charity does not compromise with error. And if one day Francis refuses any longer to play the game, he will be removed, just like Benedict XVI was removed, and replaced. But the Truth remains and will prevail: “Outside the Catholic Church there is no salvation.”
on August 26, 2020 No comments: 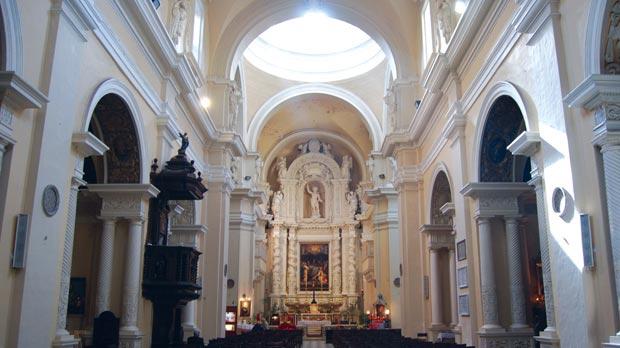