This Blog can reveal that the new Archbishop was not the first name on the list submitted to Pope Francis. However, in an exceptional way, and probably because the current Pontiff knows the great work done by Scicluna, in particular on the child abuse cases, His Holiness consulted with Pope Emeritus Benedict XVI.

This meeting took place in the first week of February. It appears that Benedict XVI highlighted the exceptional qualities of Scicluna and this seems to have tipped the balance in favour of Bishop Scicluna. This Blog had mentioned two other names some time ago: Msgr Joseph Spiteri and Fr Fabio Attard. One of these names was also in the list submitted to Francis. In all the euphoria surrounding Scicluna's nomination, this Blog feels that it is useful for its readers to know how the process is conducted in all the stages.

How a Bishop is chosen to head a Diocese:

The ultimate decision in appointing bishops rests with the pope, and he is free to select anyone he chooses. But how does he know whom to select?

The process for selecting candidates for the episcopacy normally begins at the diocesan level and works its way through a series of consultations until it reaches Rome. It is a process bound by strict confidentiality and involves a number of important players – the most influential being the apostolic nuncio, the Congregation for Bishops, and the pope. 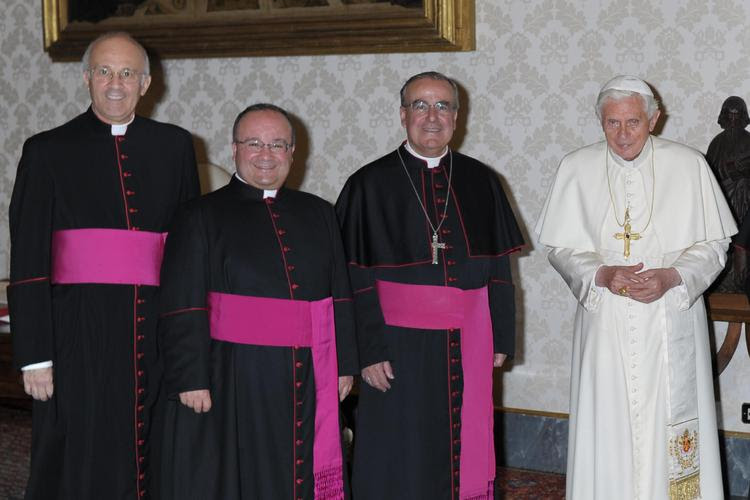 Every bishop may submit to the archbishop the names of priests he thinks would make good bishops.

By overseeing the final list of names forwarded to Rome, the apostolic nuncio plays a decisive role in the selection process. He not only gathers facts and information about potential candidates, but also interprets that information for the Congregation. Great weight is given to the nuncio's recommendations, but it is important to remember that his role, however, does not mean that his recommendations are always followed.

At this point, the nuncio narrows his list and a questionnaire is sent to 20 or 30 people who know each of the candidates for their input. All material is collected and reviewed by the nuncio, and a report is prepared. Three candidates are listed alphabetically – the terna – with the nuncio's preference noted. All materials are then forwarded to the Congregation for Bishops in Rome.

Once all the documentation from the nuncio is complete and in order, the process moves forward. If the appointment involves a bishop who is being promoted or transferred, the matter may be handled by the prefect and the staff. If, however, the appointment is of a priest to the episcopacy, the full congregation is ordinarily involved.

A cardinal relator is chosen to summarize the documentation and make a report to the full congregation, which generally meets twice a month on Thursdays. After hearing the cardinal relator's report, the congregation discusses the appointment and then votes. The Congregation may follow the recommendation of the nuncio, chose another of the candidates on the terna, or even ask that another terna be prepared.

At a private audience with the pope, usually on a Saturday, the prefect of the Congregation for Bishops presents the recommendations of the Congregation to the Holy Father. A few days later, the pope informs the Congregation of his decision. The Congregation then notifies the nuncio, who in turn contacts the candidate and asks if he will accept. If the answer is "yes," the Vatican is notified and a date is set for the announcement.
on February 26, 2015 No comments:

Some weeks ago, this Blog had indicated who the contenders for the post of Archbishop of Malta were, in this article.

In today's Times of Malta, Archbishop Joseph Spiteri is mentioned as the likely candidate. This confirms what we had stated, namely that the Archbishop could be:

a bishop held in high esteem, both locally and in Rome (we cannot indicate if he currently resides in Malta or not);

What this Blog can reveal is that the Vatican has already discarded the frontrunner. Those familiar with us know who that person is.

The official announcement can be expected sooner rather than later.

We reiterate, once again, that whoever will be selected as Malta's new Archbishop, he can count on Pro Tridentina (Malta)'s support and assistance to fully implement Summorum Pontificum in this island. Thus, traditional Catholics in Malta will be fully involved in the diocese they love so much.
on February 11, 2015 No comments: