Latest developments between the Holy See and the SSPX

"On 17 April, as requested during the 16 March meeting held at the offices of the Congregation for the Doctrine of the Faith, the Commission received the response of Bishop Bernard Fellay, superior general of the Society of St. Pius X. The text of the response will be examined by the dicastery then submitted to the Holy Father for his judgement".

In the same day, Father Federico Lombardi, S.J., had this to say (the following is a transcription of his oral comments to journalists by Dr. Robert Moynihan):

"Today's news means that yesterday Bp. Fellay's response, that had been requested by Cardinal Levada at the last meeting, was delivered to the Congregation, to the Ecclesia Dei Commission, to the Congregation for the Doctrine of the Faith. Now, this response, it is a response that, according to the words of those who could see it, is a very different response from the previous one, and this is encouraging, we proceed forward. But, naturally, we also find in the response the addition of some details or integrations to the text of the doctrinal preamble that had been proposed by the Congregation for a doctrinal agreement, and this response will be discussed, it will be examined first by the Congregation for the Doctrine of the Faith, in one of its meetings of the next few weeks and, afterwards, it will also naturally be examined directly by the Pope. It can be said that steps forward have been taken, that is to say, that the response, the new response, is rather encouraging, but there are still developments that will be made, and examined, and decisions that should be taken in the next few weeks. I think the wait will not be long because there is the desire to reach a conclusion in these discussions, in these contacts."


The General House of the SSPX, also on 18 April, released the following communique:

"The media are announcing that Bishop Bernard Fellay has sent a “positive response” to the Congregation for the Doctrine of the Faith, and that consequently the doctrinal question between the Holy See and the Society of St. Pius X is now resolved.

The reality is different. 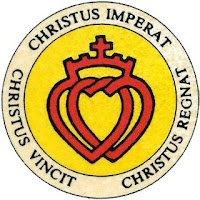 In a letter dated April 17, 2012, the Superior General of the Society of St. Pius X responded to the request for clarification that had been made to him on March 16 by Cardinal William Levada concerning the Doctrinal Preamble delivered on September 14, 2011. As the press release dated today [April 17] from the Congregation for the Doctrine of the Faith indicates, the text of this response “will be examined by the dicastery then submitted to the Holy Father for his judgement”.

This is therefore a stage and not a conclusion. 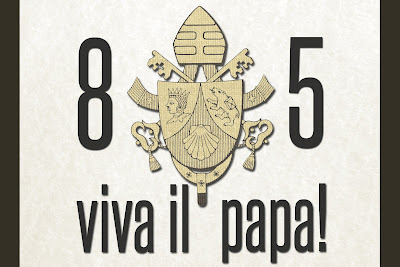 Cardinal Angelo Sodano, dean of the College of Cardinals, addressed some words to the Holy Father.

"Today, on the occasion of your birthday, we wish to thank you for the solicitude with which you carry out this service of love."

"It is no coincidence that your first Encyclical was a hymn to the Love that is God, the love which must always animate pastors, who are called to bring the light of God, the warmth of His love, into the world."

"Holy Father, may the Lord continue to remain at your side, accomplishing the promise announced by God to the just man in Psalm 90: 'With long life I will satisfy them, and show them my salvation'".

Joseph Aloisius Ratzinger was born on 16 April 1927,  in his parents' home in Marktl, Bavaria, Germany. He was baptised the same day. Ratzinger attended the elementary school in Aschau am Inn, which was renamed in his honour in 2009.


Following his 14th birthday in 1941, Ratzinger was conscripted into the Hitler Jugend —as membership was required by law for all 14-year-old German boys after December 1939 — but was an unenthusiastic member who refused to attend meetings, according to his brother. In 1941, one of Ratzinger's cousins, a 14-year-old boy with Down syndrome, was taken away by the Nazi regime and killed.  In 1943, while still in seminary, he was drafted into the German anti-aircraft corps. Ratzinger then trained in the German infantry.

As the Allied front drew closer to his post in 1945, he deserted back to his family's home in Traunstein after his unit had ceased to exist. As a German soldier, he was put in a POW camp but was released a few months later at the end of the war in the summer of 1945. He reentered the seminary, along with his brother Georg, in November of that year.

After a long career as an academic, serving as a professor of theology at various German universities—the last being the University of Regensburg—he was appointed Archbishop of Munich and Freising and cardinal by Pope Paul VI in 1977. In 1981, he settled in Rome when he became Prefect of the Congregation for the Doctrine of  Faith. From 2002 until his election as Pope, he was also Dean of the College of Cardinals.

In addition to his native German, Benedict speaks French and Italian fluently. He also has a very good command of Latin and speaks English and Spanish adequately. Furthermore, he has some knowledge of Portuguese. He can read Ancient Greek and biblical Hebrew. He plays the piano and has a preference for Mozart and Bach.

During his papacy, Benedict XVI has advocated a return to fundamental Christian values to counter the increased secularisation of many developed countries. He views relativism's denial of objective truth, and the denial of moral truths in particular, as the central problem of the 21st century. He teaches the importance of both the Catholic Church and an understanding of God's redemptive love.

Pope Benedict XVI has also revived a number of liturgical traditions including elevating the Tridentine Mass to a more prominent position.

Towards an agreement in Malta? 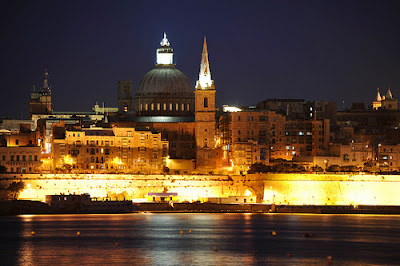 Rumours are circulating that, in the near future, an agreement will be reached between a Maltese benefactor and one of the parishes in Valletta. The agreement stipulates, inter alia, the following:

I stress that they are still rumours but I was informed from a couple of different and reliable sources.  It would surely be a wonderful and much awaited gift for the Church in Malta. 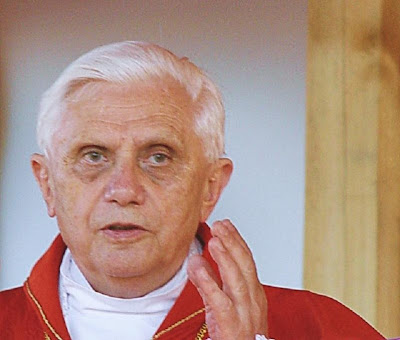 This week is an important one for our Pope, Benedict XVI:

b) his seventh anniversary as Roman Pontiff;

In the coming days we will delve in brief on these three events.
on April 19, 2012 No comments: 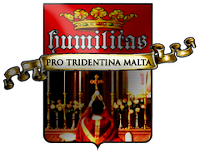 The Pope's Via Crucis (Made in Austria)


Yesterday Pope Benedict XVI celebrated a Chrism Mass in St. Peter's Basilica. His Holiness took the occasion to criticise last year's call (Appeal to Disobedience) by a group of priests in Austria to oppose a number of traditional Church teachings, including the liturgy.

Most mainstream media are emphasising the issues of celibacy and women priests, however their first point targets the liturgy - a more than a veiled attack against the Pope's efforts in this area (read Summorum Pontificum and Universae Ecclesiae).


Below are key excerpts from Benedict XVI's homily, followed by the text of the rebel Austrian priests:

Benedict XVI: “Recently a group of priests from a European country issued a summons to disobedience, and at the same time gave concrete examples of the forms this disobedience might take.”
“But is disobedience really a way to do this? Do we sense here anything of that configuration to Christ which is the precondition for true renewal, or do we merely sense a desperate push to do something to change the Church in accordance with one’s own preferences and ideas?”

“The saints show us how renewal works and how we can place ourselves at its service. And they help us realize that God is not concerned so much with great numbers and with outward successes, but achieves his victories under the humble sign of the mustard seed.”

“We preach not private theories and opinions, but the faith of the Church, of which we are servants.”

The Roman refusal to take up long needed reforms and the inaction of the bishops, not only permits but demands that we follow our conscience and act independently:

We priests want to set a mark for the future:

1. WE WILL include a petition for church reform in every liturgy.

2. WE WILL not deny Communion to faithful of good will, especially remarried people, members of other Christian churches, and in some cases those who have officially left the Catholic Church.*

3. WE WILL avoid as much as possible celebrating multiple times on Sundays and feast days, and avoid scheduling priests travelling around or priests unknown to the community. A locally-planned Liturgy of the Word is preferable to providing guest performances.

4. WE WILL use the term “Priestless Eucharistic Celebration” for a Liturgy of the Word with distribution of Communion. This is how the Sunday Mass obligation is fulfilled when priests are in short supply.

5. WE WILL ignore the prohibition of preaching by competently trained laity, including female religion teachers. In difficult times, the Word of God must be proclaimed.

6. WE WILL advocate that every parish has a presiding leader – man or woman, married or unmarried, full-time or part time. Rather than consolidating parishes, We call for a new image of the priest.

7. WE WILL take every opportunity to speak up publicly for the admission of women and married people to the priesthood. These would be welcome colleagues in ministry.

We express solidarity with colleagues no longer permitted to exercise their ministry because we have married, and also with those in ministry who live in a permanent relationship. Both groups live in accordance with their conscience – as we do with our protest. We see in them as we do in our bishops and the pope our brothers. **

* Here we refer to those who officially leave the Church; some to avoid Church Tax as a means of protest

** This is a reference to the German Word "Mitbruder" instead of "Bruder" (brother) which is sometimes used by clerics and excludes the laity.
Trinity Sunday, 19 June, 2011
on April 06, 2012 No comments: 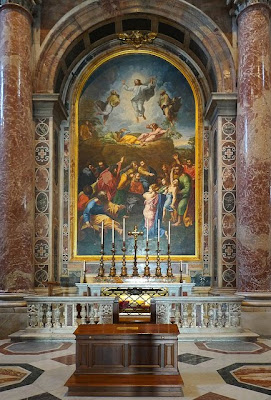 For those lucky enough to be in Rome, it is interesting to note that Fr. Mark Withoos, an Australian priest who works for the Pontifical Commission Ecclesia Dei (PCED), celebrates the Tridentine Mass most mornings at 07:00 at the Altar of the Transfiguration in St. Peter's Basilica.

The Altar of the Transfiguration, is famous for the mosaic reproduction of one of the masterpieces of Raphael (1483-1520), the great painter's last work. Jesus, bathed in light, is borne aloft between Moses and Elijah, also in ecstasy, while the Apostles Peter, James and John, prostrate, contemplate this glimpse of paradise. On the left are Sts. Felicissimus and Agapitus, who are commemorated on 6 August, the Feast of the Transfiguration.

Beneath the altar are the remains of Blessed Pope Innocent XI, his face and hands covered with silver.