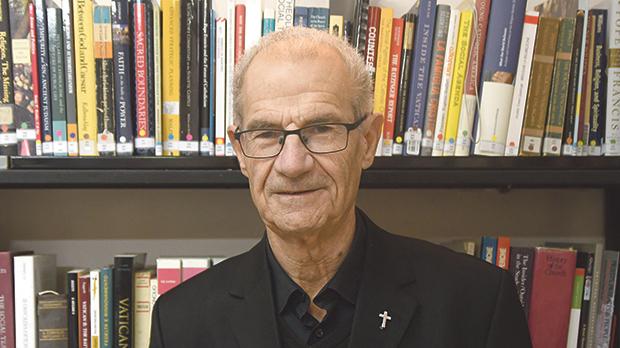 The latest article of a series... extracts below:
Clericalism is one of our comfort zones. Clericalism was described by Pope Francis as one of the strongest challenges facing the Church. Even liturgical celebrations, holy though they may be, can become one of our clerical and lay comfort zones.
One falls into the trap of clericalism when one considers the priesthood as a privilege rather than a service, when priests become the ‘officers’ of the institution rather than the servants of the people, when they choose the front rows rather than at the back seat in the temple.
There is another trap: when the laity are considered or consider themselves as the ‘lunga manus’ of the clergy.
…
You write in your introduction to the census that in the same way that a clerical garb does not make one a priest, liturgical vestments do not make the liturgy religious. What does make it religious?
The Italian proverb that the religious garment doesn’t make the monk can hardly be contested.
Liturgical vestments can create an ambience which Rudolf Otto, in his analysis of religious, refers to as “numinous”, which he described as a fearful and fascinating mystery. Very often this is the way God has been presented.
However, as far as Christian religious experience is concerned, this is only partially true. The Church itself is a mystery. It is a mystery because it is the Body of the Incarnate Christ. Christ is the Immanuel – God-is-with-us. Jesus was never the object of fear but of love. How could children and sinners rush after a man who was fearsome?
The aspect of Immanuel should be the heart of the liturgical action. In its millennial history the Church made many mistakes on this point. And we have some in Malta who want to present this type of liturgical drama which literally created a distance between the actors and the audience, the priest and the congregation.
Let us take just one example. The Church has dropped the use of black liturgical vestments; yet there are still a few who doggedly ignore this and also cover the walls of their church with black drape.
Religiosity entails several dimensions, and the liturgy is one of them. But essentially Christian religiosity entails the acceptance of the supernatural in all aspects of our life. The rest is consequential.
In terms of the liturgy then, what will make, in your words, “leavers or absentees return to Sunday Mass”?
Of it nature, the liturgy is divine and human. Its main characteristic lies in the fact that it is communitarian, and participatory, and Christological. In fact, the priest was prohibited from celebrating Mass without a community; then through the biggest stretch of imagination, we reduced that community to the presence of an altar server or one person in the pews!
The liturgy should never be the simple repetition of liturgical texts, as if it were a mantra, but an expression of the joy and sorrow of God’s people in union with Christ as their Head.
When immobilism taints the liturgy it will become ritualistic or worse rubricistic. It must celebrate the adoration of God ‘here and now’ in memory of Christ. Ritual in the liturgy should have a meaning to the congregation, otherwise it will be little more than the theatre of the absurd, thus rendering the liturgy irrelevant to human needs.
…
Is the local Church burying its head in the sand about the situation?
The way your question is worded already indicates the restrictive mentality inherited from liturgical texts. Why should we refer to the local Church and not to the Maltese Church? Did Paul ever say the local Church of Corinth? Does not Paul speak of the early Christian communities as Churches? Don’t you think that such expressions as ‘the local Church’ reflects a frame of mind that is still living in the fear of the Protestant Reformation?
I must be honest. There are several parishes, groups and communities in the Maltese Church who are open to new and in no way unorthodox liturgical innovations.
However, I am sorry to say that unfortunately, the Liturgical Commission, instead of becoming the motor for liturgical revival and keeping alive a post-Conciliar liturgical movement, has turned itself into an office. It would be more honest if we were to rename it as the Commission for the Official Translation of Liturgical Texts! And, from under the grapevine the translation I have at hand is not something to write home about!
This immobility might explain why in 2005, 35 per cent of the attendees went to Mass outside their territorial parish, and this percentage remained constant in 2017 when 35.2 per cent acted similarly. Are we aware that this will lead to the erosion of the territorial parish as community, if this exists, at all, thus undermining its main raison d’être?
These is still another category who want to turn the clock back. For them this has become an ideology in the Marxist sense of the concept.
on April 30, 2019 No comments: