A SSPX District in Malta? 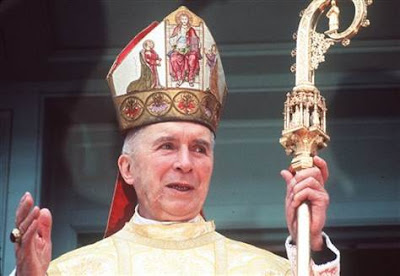 The Society of Saint Pius X (SSPX) is an international Traditionalist Catholic organisation, founded in 1970 by the French archbishop Marcel Lefebvre, who today happens to be the 20th anniversary of his death. According to its own figures, the Society had (as of November 2009) 510 priests present in 31 countries and active in 32 more, 725 Mass centers, 117 religious brothers, 164 religious sisters, 200 seminarians in six seminaries, 88 schools, and 2 university-level institutes. The SSPX's main seminary is in Ecône, Switzerland; others are located in the United States (Winona, Minnesota), France (Flavigny-sur-Ozerain), Germany(Zaitzkofen), Australia (Goulburn), and Argentina (La Reja). The largest proportion of the SSPX's priests (over 120) are stationed in France.

Rumours are circulating in traditionalist circles that the SSPX is about to establish a presence in Malta if not a fully fledged District. It is also being said that a private chapel has been put at the disposal of the Society together with a house. Pro Tridentina (Malta) is not in a position to confirm or otherwise these rumours, but we will keep you posted if any developments follow.

Another not-so-recent article. Although this article is about the Ordinary Form of the Mass it is still relevant for Pro Tridentina (Malta)'s work especially in the Diocese of Gozo. It is also pertinent to note that the latest census of Mass attendance certified St. George's Basilica, as being the first and most popular church on the island of Gozo. Mgr Joseph Farrugia SThD, Prel. d’Onor. di S.S. is the Delegate of the Bishop for Culture and Education, Delegate of the Maltese Episcopal Conference for the COMECE. He is also Archpriest Emeritus of the Collegiate Chapter of St George’s Basilica.
Godwin Xuereb 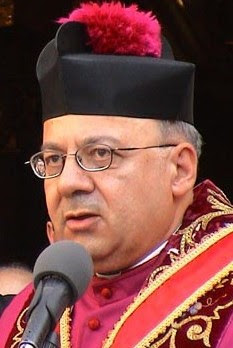 Mgr Joseph Farrugia, Victoria
Concluding an allocution about an otherwise rather obscure 8th century German monk and poet by the name of Rabanus Maurus, on Wednesday of Pope Benedict XVI spoke once again on the beauty of the liturgy.
"We mustn't forget," he said, "that Sunday is the day of Our Lord, the day of the liturgy, (the day) to perceive in the beauty of our churches, in the sacred music and in the Word of God, the same beauty of our God, allowing him to enter into our being".
"Liturgy" (from the Greek leitourgia) is the set form for public worship according to prescribed ritual and ceremonial rites as in the celebration of the Mass, vespers and the sacraments. Jesus himself presided at a liturgical action in the Last Supper and, according to Catholic and Orthodox belief, he continues to do so in Christian liturgy through the person and action of the validly ordained priest. St Augustine famously said: It is not Peter who baptises but Christ, through the person of Peter.
I regularly say Mass at St George's basilica, in Victoria a church that is often associated with "beautiful liturgy", especially in solemn festivities. I consider it my fortune to celebrate the Sunday 11 a.m. Mass and to enjoy the beauty of the sacred music that animates it. In fact, in no small measure, the beauty of the liturgy at St George's is due to the Laudate Pueri Choir, directed by the indefatigable Can. George J. Frendo, a stalwart in sacred polyphony.
Beauty and excellence in the celebration of the liturgy, especially in its component of sacred music, is obviously not an end in itself. It serves the Word of God. It fosters authentic Catholic worship. It educates the faithful in the various forms of "active participation" as well as in the value of the skilful execution of sacred music. It sustains a cultural tradition that it is rooted in, and expresses, a rich history that is every Catholic's heritage. It sustains an identity that is widely respected even by other Christian confessions, especially the Orthodox. It constitutes not only a milieu for ecumenical exchange but also for inter-religious communion. Christian aesthetics are, in fact, a form of evangelisation.
The beauty of sacred music does not, of course, exclude the modern idiom. Local composer Joseph Vella has articulated sacred texts in incredibly fine musical form which is no less sacred than Palestrina's. It uplifts all those who hear it performed by the Laudate Pueri Choir, for which it was composed. It also contributes to the beauty of Sunday.
The Catholic Church has so much to be thankful for in Pope Benedict XVI and in his teaching and governance.
on March 05, 2011 No comments: