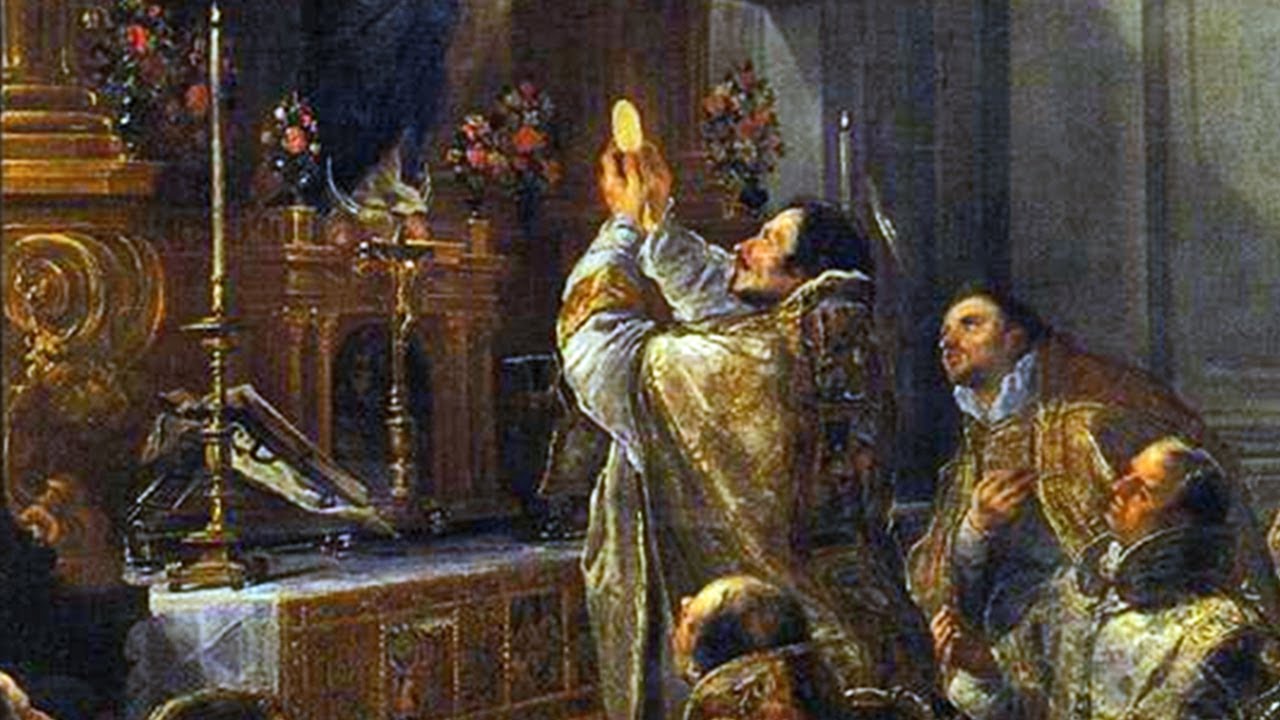 Pro Tridentina (Malta) has obtained, thanks to a regular visitor to the island (based in Rome), some DVDs of the 'Easter Sunday 1940  Solemn Sung High Mass celebrated in Illinois and commented on by Archbishop Fulton Sheen'. It also includes the Rubrics of the Tridentine Mass - celebrated in Dublin (Eire) by Fr. Joseph Vallauri in 1991. Fr Vallauri himself and another traditional Catholic priest have blessed these DVDs.
These DVDs will be distributed FREE OF CHARGE to anyone who is seriously interested in the Tridentine Mass, on a first-come, first-served basis. Anyone who would like to order a copy is kindly requested to send an e-mail at pro.tridentina.malta@gmail.com .
on February 13, 2016 1 comment:

His Excellency Dr. Helmut Rückriegel, one of the elder statesmen of the International Federation Una Voce (FIUV), a personal friend of former Pro Tridentina (Malta) President Godwin Xuereb, and a great champion of tradition over many decades, died early on 25th of January, 2016.

Dr. Rückriegel has been actively involved in the Una Voce movement since 1967. He was head of Una Voce Deutschland in 1992–2005, member of the FIUV Council, and later one of the Federation’s Presidents d’honneur.

Dr. Helmut Rückriegel, an important and highly meritorious upholder for the traditional Latin liturgy has left us.

Born on the 20th of November 1925 in Niedergründau, close to Hanau, he spent the days of his philological studies in Marburg, with whose university he remained in close contact for all his life. Having achieved a doctorate (Dr. Phil) he was a lecturer for ancient European languages in Manchester prior to being employed as from 1956 by Germany’s Foreign Service. His first assignment there was the post of an attaché at the German embassy in London. Following further postings as chargé d’affaires in Israel and with the German Information Center in New York between 1979 and 1984 he ran the personal office and worked as head of protocol of the German Federal President Dr. Karl Carstens. Following that he officiated as German ambassador to Thailand until 1988 and until his retirement in 1990 as German ambassador to Ireland.

In November 1980 he was a member of the diplomatic team which greeted Pope John Paul II on his first visit to Germany. As they waited for the Pope’s aeroplane to land he found himself standing next to Cardinal Joseph Ratzinger and they began conversing. This led to a friendship that endured until his death.

Already fascinated by the Catholic Church from an early age as a youth he converted to Catholicism. This association post the liturgical reforms brought about by the Second Vatican Council resulted in his exemplary and incessant engagement towards the preservation and restoration of the traditional Latin liturgy and Gregorian chant. Thus, from 1992 to 2006, he occupied the position of President of Una Voce Germany. During that period he led the association and its publication, the Una-Voce-Korrespondenz, to a renewed flourishing.

A further passion of his, besides his love of literature and poetry (he knew innumerable German poems by heart) was that for old English and Irish roses which he planted and cultivated at his 3,000 sqm property in Niedergründau. This rose garden was renowned amongst the friends of roses and every year was the destination of a great number of tourists. Following a long illness, during the night leading to the 25th of January 2016, Helmut Rückriegel passed away. His perseverance and his extraordinary merits for the traditional Catholic liturgy shall remain unforgotten.