No Tridentine Mass at St. John's 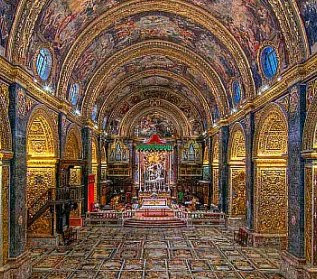 
I was surprised, living in Malta for three months, that there was no Tridentine Latin Mass at St John’s Co-Cathedral in Valletta.

In Sacrosanctum Concilium, a document of Vatican II from 1963, Pope Paul VI said the Mass was “a sacred action surpassing all others”. However, this sacredness, as well as respect and awe, has been lost by the emphasis on the people in the Novus Ordo, and the ignoring of the Transcendence of God.

The beauty of the Mass for the Ages, with the balance of silence and chant, brings a new spirituality to those who attend. I am sorry that one of the most beautiful churches of the world does not present the most beautiful liturgy in the world, the Tridentine Mass.

I ask those in charge of the liturgical life of the Church in Malta to come into the movement which is sweeping the Church in all other Western countries, the revival of the Tridentine Mass, the most beautiful masterpiece of man’s creation in response to Revelation and Tradition. I predict a renewal of Catholicism, desperately needed in Malta, would be the result of this rediscovered beauty in St John’s.
on February 26, 2012 1 comment: