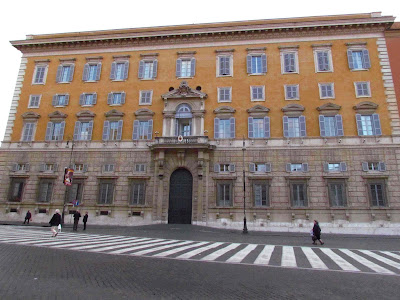 The Congregation for the Doctrine of the Faith has opened a new domain: www.doctrinafidei.va within the official website of the Holy See. This development should facilitate the consultation of its documents in particular for those who are engaged in theological and pastoral work.

There is a general list of all the texts organised chronologically, and three subgroups of these texts, divided into:

Another section includes information on the Congregation's series Documenti e Studi, which are individual printed volumes presenting a major document of the Congregation together with commentaries by noted theologians. There is also a description of the volumes containing the proceedings of various symposia organised by the Congregation in recent years, as well as speeches and other contributions by cardinal prefects.

The documents of the Congregation which have been published are those since the time of the Second Vatican Council. 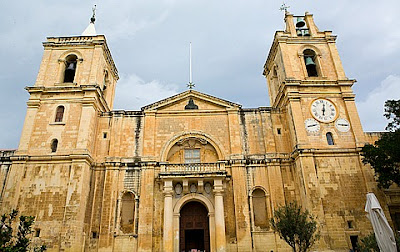 I would like to remind Marie Dean (The Sunday Times, February 26) that Malta is not like other countries that have indeed welcomed the Pope’s motu proprio on the celebration of the Tridentine Mass. Here the very mention of Latin would horrify some priests. Every Sunday at 9.15 a.m. there is Latin Mass at St John’s Co-Cathedral in Valletta using the 1972 missal Novus ordo, celebrated on a dining room table, but when there is a pontifical Mass (Christmas, Epiphany, etc.) it is celebrated in Maltese with only the Kyrie, Gloria, Credo, Sanctus and Agnus Dei sung in Latin.

Am I correct in believing that the Tridentine Mass has not been celebrated at the high altar of St John’s for over 40 years? What is wrong with the Tridentine Mass? If Pope St Pius V during the dogmatic Council of Trent (1545-63) published the Tridentine Missal stating “...this missal can be used everywhere lawfully and freely without any scruple of mind now and in perpetuity”, why do we still have to constantly quarrel with priests who seem to think that the Church never existed before Vatican II?
On several occasions we haveTridentine Masses at the parish church of Ta’ l-Ibraġ, with the permission of the Archbishop; however, there is no regular Tridentine Mass.
St John’s would be a perfect place for a Tridentine Mass; let us hope that the cathedral chapter will be as generous as the Gospel asks them to be and allow the Tridentine Mass to take the place of the 9.15 a.m. Conventual Latin Mass. The Cathedral has a resident choir that is extremely capable when it comes to Latin chants; it has a high altar and many other things that befit the Tridentine Mass.
Disclaimer - The posting of this letter on this site does not in any way, implied or otherwise, necessarily express or suggest endorsement or support by Godwin Xuereb.
on March 18, 2012 1 comment:

Fracture between the Holy See and the SSPX to continue? 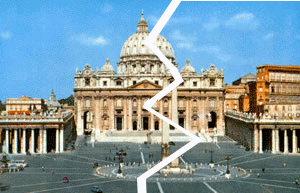 Negotiations between Cardinal William Levada, the head of the Congregation for the Doctrine of Faith and President of the Pontifical Commission Ecclesia Dei (PCED) and Bishop Bernard Fellay, superior of the SSPX have led to nowhere.

After seven years of numerous meetings and discussions, the Vatican has rejected the SSPX's position as "insufficient". The Vatican said that the position of the SSPX “is not enough to overcome the doctrinal problems that are the basis of the fracture between the Holy See and the Society of Saint Pius X".

Last September, the PCED had delivered the SSPX with a Doctrinal preamble in which it indicated what was needed in order to overcome the difficulties with the Catholic Church. In January 2012, the SSPX proposed some amendments to the Vatican, which were then looked over by the Congregation for the Doctrine of Faith and allegedly by Pope Benedict XVI too.

The PCED has given a final deadline of one month for a definitive response by the SSPX. The FIUV ... is presenting papers on matters of current concern in the light of possible changes to the Missal of 1962. In furtherance of this objective we welcome intelligent debate.

We know for a fact that the PCED has commenced work on this project so what do we do? Do we wait until a revised Missal is published and then register futile complaints, or do we do what the FIUV has done for more than 40 years and defend the integrity of this Missal with vigour on behalf of the laity (and many priests) who, individually, have no voice.

Launching of position papers by FIUV

I am reproducing below an announcement from FIUV. It is important that we Maltese follow closely and contribute where possible. Godwin Xuereb

We have a two-fold goal. First, to contribute to a debate, which has been on-going since at least the mid 20th Century, about the theological appropriateness and pastoral effectiveness of (what is now, in the Holy Father's phrase) 'the former liturgical tradition'. We wish to equip those attached to this tradition with the best possible arguments, backed by the best authorities, for maintaining the organic integrity of this tradition, expressed as succinctly as possible but, we hope, comprehensible to a wide audience. We hope in this way to raise the standard of debate which takes place no longer only in the seminar room, but wherever Catholics meet, particularly on the internet.

Secondly, we do this in light of the Holy Father's letter to Bishops accompanying the Motu Proprio Summorum Pontificum:

For that matter, the two Forms of the usage of the Roman Rite can be mutually enriching: new Saints and some of the new Prefaces can and should be inserted in the old Missal. The "Ecclesia Dei" Commission, in contact with various bodies devoted to the usus antiquior, will study the practical possibilities in this regard.

The FIUV is not merely one among many 'bodies devoted to the EF', but is the only international body able to speak for the laity attached to this form of the liturgy. We were established in 1965, at the very beginning of the 'Traditional Movement', and represent a large and growing number of lay associations in North and South America, Europe, Africa and Asia. We have been representing the views and needs of our member associations in Rome, and to the wider world, for nearly half a century.

Accordingly, we have set up a 'Liturgy and Spirituality Subcommittee' to coordinate the development and publication of these position papers. I (Joseph Shaw, coincidentally Chairman of the Latin Mass Society) am the Moderator of that Subcommittee, and in that capacity I am presenting these papers to the public, on Rorate Caeli, thanks to New Catholic's great hospitality.

While the Holy Father makes reference to two areas of possible change to the 1962 books, new Saints and Prefaces, debate about the future of these liturgical books is not limited to those matters. For that reason, and also because of the first mentioned purpose of these papers, we will be addressing topics on a wide range of issues. As well as an introductory paper, giving something of a disclaimer about our remit, the first six topics planned are:

The Service of Men and Boys at the Altar
Liturgical Piety and Participation
The Method of Receiving Communion
The Vulgate and Gallican Psalter
Liturgical Orientation
Holy Week
on March 03, 2012 1 comment: