Another contribution from the Sunday Times of Malta dated 3 September 2017. 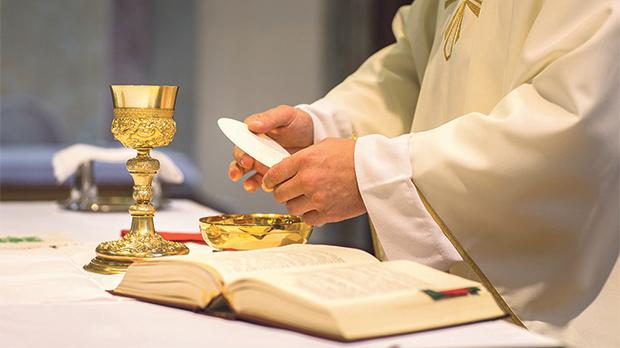 Liturgical worship is not a rite to carry out but a source of life and of light for our journey of faith.

The Holy Father’s address at the Italian National Liturgical Week not only gives us food for thought but also food for action. He made it plain that this was not a period of doom for the Liturgy during which superficial events have happened, but an essential period of time. He stressed that just as it will not be possible to forget Vatican Council II, so will the liturgical reform that resulted from it be remembered. I am sure that these words were less than beautiful to some ears around the world, not excluding Malta and Gozo. How pertinent were his words that “when a need is noticed, even if the solution isn’t immediate, there is the need to start to move”.

When I was an altar boy, Canon Delia used to speak to us about the encyclical Mediator Dei; so did our teachers in secondary school. And they were right. My seminary years were concomitant with Vatican II. So was our enthusiasm for its teaching, which included the constitution Sacro Sanctum Concilium. There are those who do not even hold Vatican II as sanctum, much less its constitution. Other Vatican II documents are criticised either because many did not read them from front to back, or cannot internalise them because they go against their instinct or values.

The reform of the Liturgy responded to the real needs and hope of a renewal in the Church, the need of vibrant Liturgy. As St John XXIII said at the inaugural speech of Vatican II, the Church is not a museum. In my view, rather than museum it is a workshop, were a craftsman learns old skills and adapts them to his or her contemporary needs.
Can we reinvent the wheel or say it is useless? Of course not. But the use we make of the wheel today is vastly greater and very different from the way its inventor used it. Do we use the same language? Is the Latin of Cicero the same Latin of later periods? Is the koine the Greek language that Herodotus or Aristophanes used?

Pope Francis said that what Vatican II wanted from the liturgical reform was a living Liturgy expressing in a renewed way, the perennial vitality of the Church at prayer, being eager “so that the faithful do not assist as strangers and silent spectators to this mystery of faith, but, understanding well through rites and prayers, participate in the sacred action knowingly, piously, actively” (SC, 48).

He also quoted Blessed Paul VI in explaining the announced reform: “It’s good to warn how it is proper for the authority of the Church to desire, to promote, to arouse this new way of praying, thus giving greater increment to her spiritual mission […]; and we must not hesitate to make ourselves first of all disciples and then supporters of the school of prayer, which is about to begin.”[8]

Vatican II was a reform according to the principle of respect of the healthy tradition and of legitimate progress. Paul VI insisted that the practical application, guided by the episcopal conferences, in the respective countries, still prevail, because it is not enough to reform the liturgical books to renew the mentality. The Pope had made it clear: “The moment has now come to let go of the tendencies towards division, equally pernicious in one way or another, and to implement integrally in their just, inspiring criteria, the reform approved by us, in the implementation of the Council’s votes.”

Pope Francis said that “the Liturgy is life, not an idea to understand. In fact, it leads to living an initiating experience, which is transformative in the way of thinking and behaving, not to enrich one’s baggage of ideas on God”. He added that liturgical worship “is not, first of all, a doctrine to understand or a rite to carry out; it is also this, of course, but in another way it is essentially different: it is a source of life and of light for our journey of faith”.

Even if it is the 11th hour, let us wake up to theology and contemporary living!

Fr Joe Inguanez, a sociologist, is executive director of Discern.
on September 11, 2017