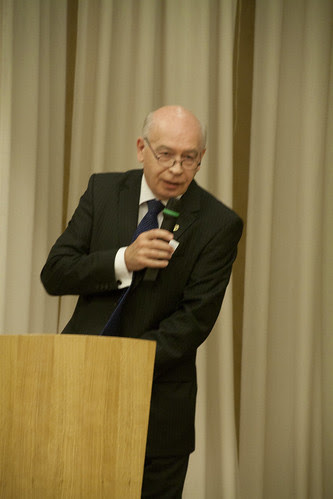 Note: The author is a great friend of Malta and he assisted Pro Tridentina (Malta) a lot during his FIUV Presidency.

Here is a unique contribution to modern Catholic literature. Leo Darroch presents in chronological order a factual history, fully referenced, of the work of the Foederatio Internationalis Una Voce, a movement of lay people formed after the sudden and insensitive enforcement of Novus Ordo Missae. It is the first fully documented account of the decades-long struggle for the preservation of the traditional rite of the Mass in the face of unrelenting opposition from the bishops of the Church.
The Right Honourable Lord Gill (Patron of the Latin Mass Society)

With his masterly present work, Leo Darroch, the former President of the FIUV, has given to the present and the future generations of Catholics a valuable documentation of the glorious history of the noble battle of intrepid lay faithful, who were committed to the restoration of the perennial liturgical sense of the Church. It was the battle of good sons and daughters for the honour and beauty of their mother, the Church. May the present book receive a wide diffusion and contribute in its readers a deeper appreciation of the perennial liturgical treasure of the Church, which is the classical Roman Rite.

A renaissance will come: asceticism and adoration as the mainspring of direct total dedication to Christ will return. Confraternities of priests, vowed to celibacy and to an intense life of prayer and meditation will be formed. Religious will regroup themselves into houses of ‘strict observance’. A new form of ‘Liturgical Movement’ will come into being, led by young priests and attracting mainly young people… It is vitally important that these new priests and religious, these new young people
with ardent hearts, should find—if only in a corner of the rambling mansion of the Church—the treasure of a truly sacred liturgy still glowing softly in the night.

Dr Eric de Saventhem, Founding President of the International Federation Una Voce, speaking in New York in June 1970 at the first General Assembly of Una Voce in the United States.

Leo Darroch joined the Latin Mass Society in the 1970s, was elected to the Committee in 1986 and served for more than 25 years. He was deputy Chairman to Chris Inman for a few years in the 1990s, during which time he converted the old style LMS bulletins - which were A4 typed sheets - into the magazine format we now have and was the Editor until November 2000.