The Case for the Extraordinary Form of the Mass (2) 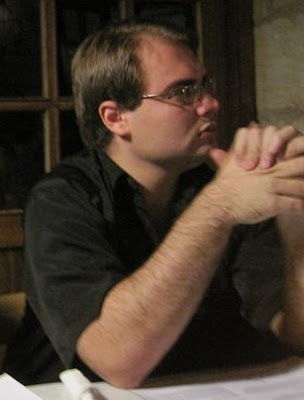 Angelo Micallef (Mass in Latin, July 10) has expressed doubts on the recent Summorum Pontificum, the latest much awaited motu proprio issued by Pope Benedict XVI. Like him, I am a young layman and a Catholic faithful.

In relation to Jewish-Catholic relations it should be noted that the Vatican has already provided satisfactory explanations unless one is most paranoid. The modality of Catholic liturgy and doctrine is the prerogative of the Catholic Magisterium and is not to be determined by anyone of other faiths or thought streams. Such a prerogative is a true act of insolent intolerance and nothing more. Why not eliminate the Gospels as offensive to Jewish notions of monotheism and the Messiah?

Pope John Paul II working against Latin in the liturgy or in anything else is the product of Mr Micallef's imagination. The Vatican has never pushed for the de facto disuse of Latin, and especially it did not seek the same de iure. Cardinal Dario Castrillón Hoyos, a senior figure in the question, has recently stated on Il Giornale that what Pope Benedict XVI recently publicised was also planned by Pope John Paul II.

It is very significant to note that the Pope in the past stated that while the Church positively sought to reapproach Protestants and Orthodox, some took a negative attitude towards traditionalist Catholics. Perhaps this is something that Mr Micallef should consider since if there were ever any disgruntled Catholics whose faithfulness to doctrine was not based on progressive do-it-yourself notions or the latest socio-political trends, these are so-called traditionalist Catholics many of whom are in communion with Rome. More preposterous is preferring to heed the views of those who don't even profess themselves as Catholic Christians in the first place, as Mr Micallef seems to imply.

The motu proprio is indeed a charitable act bestowing hope on many faithful. Complaints on this motu proprio are irrational as greater rights have been granted to all, and not lesser to anyone. Choice has been amplified, no one has been limited ecclesiastically and many have been reapproached. Those who distance themselves from the Church due to this do so because they want to distance others from the Church for no sound doctrinal reason but on mere whims.

Important to consider is the exponential growth of traditional Catholic faithful within the Catholic fold in a growing age of secularisation in the western world. This is contrasted with a contrary trend in more lukewarm or merely cultural Catholics. This is quite indicative.

Concluding, I pray for and thank Pope Benedict XVI for his veritable charitable act for all the Church and I hope that our national bishops will implement appropriate solutions in due time.